The contemporary territorial project: up and down, bottom up, slicing between scales

1. The way to see our urban world. Many metaphors: melting pot, colloidal mixed, constellation,…, to interpreted the multi territories phenomena.

Why and how multi territories? Because it is very difficult to determinate the gen of our contemporary urban settlements.

One could say that explosions have marked contemporaneity: a demographic, urban, migratory, mobility, economic and, definitely, a social explosion that breaks classic paradigms. It is interesting to observe how we oppose territories within the limits of certain thresholds for maximum urban occupancy –the metropolis–, and the total absence of anthropization –the desert.

This extreme duality, however, is misleading, given the progressive loss of definitive isolation in the desert territories, which occurs in parallel to the growing isolation that man suffers in atopy in some metropolitan areas. Nature becomes increasingly urbanized and the city recovers new forms of wild abandon.

Urban explosions cause an uncontrolled fragmentation of physical space, which becomes a broken mirror, a cracked area, a brittle mosaic, in that the fragments still retain the meaning of all that decomposed. This fragmentation provides desolation and a broken landscape that seeks to understand territorial integrity, because there is neither sequence nor connection between the parts. It is the landscape of the ordinary periphery that has now been transformed into a multitude of incongruent and banal peripheries, those that are polluted and noisy, shredded by roadways and poor communication, with both a great deal of infrastructure and, paradoxically, little infrastructure...

The city grows following very different processes, materializing in plural forms and with new urbanities, but we could be more demanding with resulting landscapes. We have to distinguish between "city" and "metropolis”, as proposed by Henri Lefebvre, but we are unable to understand and even less able to identify the reality of the real contemporary city. Therefore, it makes no sense to eulogize a city that has been abandoned to the chaotic order of non-standard flexibility or normative deregulation, nor praise the periphery as a new type of modern space. We now understand the contemporary city as a setting for multiple landscapes where our new projects are developed. 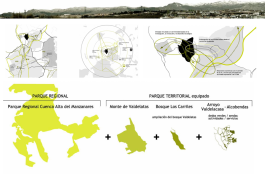 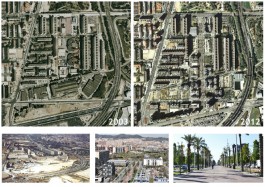 It is necessary to be aware of some of the relevant phenomena that characterize the contemporary metropolis in order to understand the challenges of a possible transformation:

— Uncontrolled extension of the city over the territory with dissipation of entailed functions.

— Polarization of central functions in the nodes of metropolitan accessibility.

— Loss of new growth relationships based on the centrality of transportation.

— Increase in the peri-urban perimeters because of extensive growth dilation.

— Problems with the reuse of certain wastelands because of their levels of contamination.

— Our approach should be more dialectic given the multiplicity of situations contemporizing a new vision of the metropolitan regions: Urban, rural, urban-rural, Rururban.

Metropolisation and urban sprawl are recurrences of recent developments in European territories, and particularly in the Mediterranean. However, these phenomena often oppose the idea of environmental conservation and respect for natural and economic equilibriums.[1]

2. A new sintetical approach: from Simultaneous territories[2] to the territorial mosaic City

The renewed territorial project involves the articulation of fragments and adjustment of different forms of the city to the demands of new programs in a new system of physical and functional organization. The "territorial mosaic city" is a proposal to understand the urban realities from the urban synapses, that is: from the spaces of articulation. At the same time, it is a proposal for the morphological and environmental structure, designed according to mutual ecological adaptation and co-evolution of interacting urban and natural ecosystems, i.e.: urban pieces with the entire space of the territory's biophysical matrix, full of rivers and their elements, water runoff and the more capillary drainage network, crop fields, orchards and forest areas. Based on the articulated mosaic of urban pieces with the environmental matrix of the territory, this aims to increase environmental balance.

The territorial mosaic city entails a vision of interrelation and interfaces between the different components of the territory and the city without discontinuity:

— The environmental matrix as support.

—  Urban tiles of the dilated peripheries.

— Peri-urban spaces in the metropolitan perimeters and interstices.

— New attraction nodes at the intersections of major infrastructures.

The conceptualization of this model has a number of operational objectives:

— Favoring osmosis and dissolution of boundaries between the urban and the rural.

— Planning for the permeability and exchange between ecosystems.

— Regeneration of the urban margins (ecotones).

— Articulation of the mosaic pieces through referent urban spaces.

— Regeneration and articulation of the empty spaces of the metropolis.

The project of the contemporary territories is a renewed territorial project that encourages the all urban containment, the articulation of urban fragments, the adequacy of the different city shapes in a new system of organization, physical and functional, which meets a model of “territorial mosaic city.” That is: a morphological and environmental structure that promotes mutual adaptation and the coevolution of urban natural ecosystems, based on an articulated mosaic of urban pieces and the biophysics matrix of the territory environmentally balanced. This can be achieved describing and limiting the cities, creating well delimited borders between the urban and the rural, and promoting the values of proximity between the people needs and the urban devices that make easier the various services: work, leisure, health and culture. And it is necessary to reuse, to rehabilitate and to recycle the obsolete or untapped fabrics.

In the framework of the national research[3] project called “Efficient cities, metropolitan territories and urban regions” that we are currently developing in my university (ETSAV-UPC), focusing on the topic of territorial efficiency, the presentation will offer a discussion on these topics:

— Contemporizing a new vision of the metropolitan regions: simultaneous territories

— Against acupuncture! The small scale who constructs urban large structures

— Reshaping the metropolitan city with the re naturalization 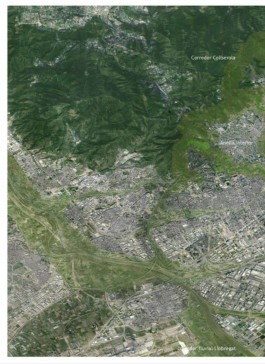 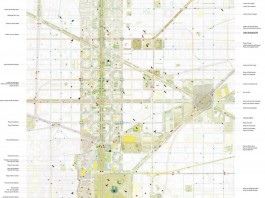 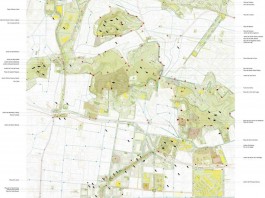 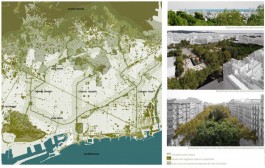 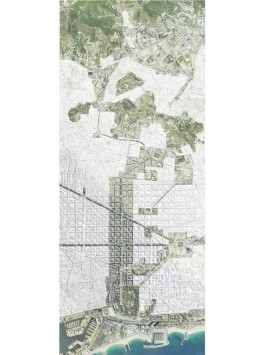 Reshaping the metropolitan city with the re naturalization. The Barcelona green corridor as a new trends. JORNET LLOP PASTOR ARCH

— Alcobendas as a case study Lab

— Reshaping the metropolitan city with the re naturalization. The Barcelona green corridor as a new trends

[1] See: Llop, C.; Bosc, S.. Contemporary spatial phenomena. Working with the territory: strategies for the new territorialities. Actar, 2012, p. 281-293. ISBN:978-84-92861-84-2. In this book we developed the project CREPUD-MED which has allowed a group of European experts, local elected officials, academics, architects, planners, geographers, sociologists, etc. to combine their skills and to question the notion of territorial development understood as a “project-process.” Four case-studies of four European regions are presented: Val de Durance (Région Provence-Alpes-Côte d'Azur), Funo (Provincia di Bologna), Metropolitan Region of Barcelona and Eleonas (Athens). The book has the format of both an atlas (as a knowledge instrument of the territory) and a project book (where different strategies that can lead to a contemporary and interterritorial project are proposed).

[2] This name is used by Arturo Calderón in his doctoral dissertation to be presented in the Departament d’Urbanisme i Ordenació del Territori (ETSAV-UPC) under my supervision. 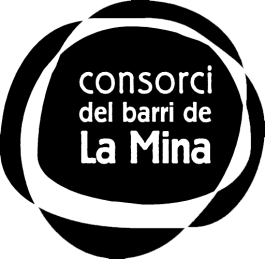